My last post talked about how one of my recurring pet projects is an RSS reader. I consistently try and add little features that I would like, and I use it to learn new things (e.g. Bayesian filtering).

Since I had played around with Monix for Twitter (and really liked it), I figured I’d give it a go-around with aggregating, etc. So, using ROME to download the feeds, here’s how I thought the data should flow…

First, I need an aggregator to send all the feeds to. Each time one is downloaded, it’ll be sent to the subject along with the URL used to download it.

Next, create the periodic tasks that will download the feeds and send them to the aggregator.

The above assumes a download function, but for this post we’ll just know it uses ROME to fetch a SyndFeed and throws an exception if there’s a failure for some reason (hence the Try).

The aggregator is now being fed SyndFeeds that are downloaded every 5 minutes. The problem, though, is the aggregator only maintains a single feed at a time. I need to pull them all together into a single container.

All the feeds are now together in a single map. Each time a new feed is downloaded and sent to the aggregator, the map is updated, and the old feed is replaced with the new one.

Last, all the feed entries need to be wrapped in my own Headline class, flattened together, and sorted, etc.

In the end, there’s actually more to it than what’s here. Gotta handle failure conditions, update the UI, filtering of headlines, searching, etc. But, above is 80% (and the core) of the code required to get it going.

The full app also has the following features: 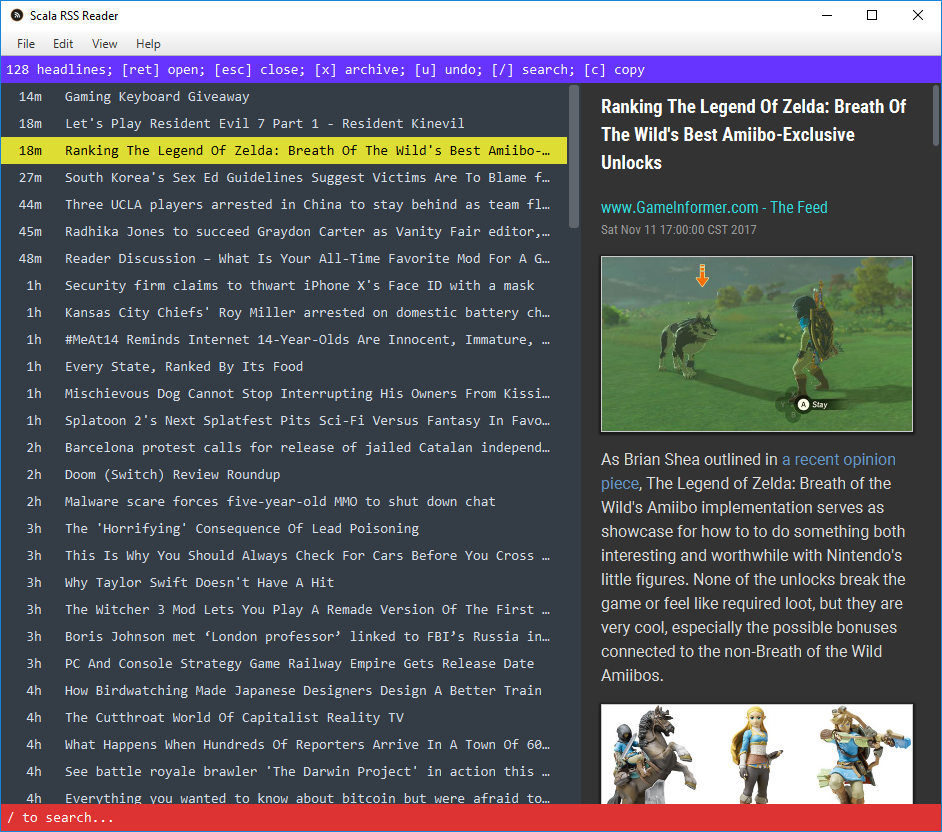 If you’re interested, just head to the GitHub repo and check it out! I have a bit more work to do, but I have it up and running pretty much all day. I’ve considered moving the code to ScalaJS… we’ll see. If I do, I’ll be sure to post about it here, too.